COMPETITON SITE GOALS AND OBJECTIVES THE ANCIENT THEATER A’ LARISSA 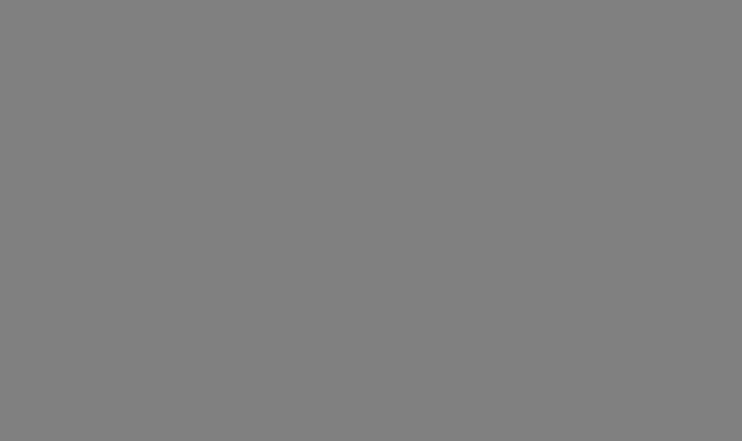 The area of the competition occupies approximately 42 hectares (420,000 m2) and is divided into 2 areas:

AREA 1: is the immediate surrounding area of the ancient theater

AREA 2: is the larger area of influence of the theater

AREA 1
The immediate surrounding area is approximately 46.000sqm and includes two adjacent building blocks to the south of the theatre’s scene, which are to be expropriated along with their surrounding streets, 3 commercial buildings near the east entrance of the Theatre which also are to be expropriated, the Fortress Hill’s open space area to the north, part of Venizelou street which connects the Theatre with the Pinios river to the west, and the pedestrian streets surrounding the Theatre’s block: Skylosofou, Mitropolitou Arseniou, Papaflessa, Fillellinon street.

AREA 2
Incorporated within the larger surrounding area, are among others the central square of Larissa, part of the river Pinios, several historical and public buildings and the Ancient Theater B’ of Larissa.

Over the last decade several development projects have been realized based on the contemporary policies concerning sustainability, infrastructure modernization, climate conditions confrontation, pedestrianization of the city center and the creation of cycling lanes, improving the city’s life, in that way revealing the – much hidden- history of the city, trying to clarify, elucidate and enrich its identity, defining the city’s perspective for the future.

Besides the not so recent unearthing of the Ancient Theater A’ after many years of works and studies and its upcoming opening to the public not only as a monument but also as an active cultural landmark, it is time to reconsider the theatre’s reflection to its surroundings and the larger central area.

The major goals and objectives of this competition are as follows:

a) To find the best inspiring proposals, first for the landscape design of the existing adjacent to the Theatre public open space of the Area 1, as well as the open space to be possibly created after the expropriations of the 2 blocks to the south of the Theatre, and secondly for it to consist the main canvas for any future development projects of the theatre’s reflection in the area.

b) To help position the city of Larissa on the national and international scene of city competitiveness, enabling it to carve and find its new character and niche compared to other cities of the region and attract more visitors.

c) To enhance and enrich the value of the theatre as a major landmark of the city.

d) To reclaim for the city a strategic feature of its public domain by accentuating the Theatre’s role as a monument as well as an active cultural attraction.

e) To establish a fresh ‘identity’ anew connecting the city’s past to its future. This will be derived both from the design and the proposed land uses.

h) To achieve meaningful connections between the theatre and other important landmarks within the city center, such as the river Pinios, the central square, the Fortress hill, the Ancient Theatre B’ etc.

THE ANCIENT THEATER A’

The Ancient Theatre A’ is located at the south foothill of the “Fortress Hill” which is identified as the acropolis of the ancient Larissa. It was built in the first half of the 3rd century BC and operated for approximately 6 centuries, until the beginning of the 4th century AC. During the following centuries the theatre was gradually buried, and the area was being built on until the 80s, when the first expropriations took place. The project of the full revelation of the theatre finished in 2004 while further expropriations have already been planned, to completely reveal the east entrance of the theatre.

The theatre, made of marble, belongs to the Hellenistic period, and was designed for a capacity of 10.000 audience. During the Roman Rule it was transformed into an arena.

The external diameter of the monument is approximately 106m., the diameter of the orchestra is 25,66m. and the dimensions of the skene building are 7,70×35,41m., with a proskenion of 3,07×20,72m. The koilon is divided by a diazoma to the lower theatron and the epitheatron, a small part of which is found.

The city of Larissa is the capital and the largest city of the Thessaly region, the fourth-most populous in Greece with 162.591 inhabitants (2011) and capital of the Larissa Regional unit. Situated in the middle of the biggest plain in Greece at 70m above sea level, it is a major agricultural, military, commercial and industrial center, and an important national transport hub.

The prehistoric settlements that have come to light within the border of the modern city of Larissa bear witness to its inhabitation since the Neolithic Age (6th millennium). The area occupied by today’s city has been inhabited continuously from the Neolithic period to the present and it is probably one of the oldest cities in the world with a continuous habitation of at least 8,000 years. In the Archaic period (7th-4th centuries BC) Larissa becomes an important economic and social center and as the strong capital of Pelasgiotis, it spreads from the Acropolis (Fortress hill) to its eastern and southern foothills. Aleuadai , the aristocratic family that governs Pelasgiotis, hosts personalities of the intellect such as the poets Anacreon, Simonides, Pindar, Bacchylides, philosophers such as the sophist Gorgias and the Physician Hippocrates who died in Larissa c. 370 BC.

Macedonian sovereignty in the city begins with the advent of Philip II in 357 BC and lasts until 197 BC when the King of Macedonia Philip V is defeated by the Romans. Under the Roman Rule the city becomes an important administrative center and flourishes for a short period. One of the most brilliant moments of this period is the foundation of “Eleutheria” a festival in honor of Zeus in the 2nd century B.C. It is a big feast of Pan-Hellenic fame and respect, well known in Asia Minor and many cities in Italy. The Festival’s main events include impressive horse races as well as poetry competitions, dancing and athletic events and music concerts.

During the first centuries AC, Christianity spreads quickly in Larissa (probably due to Saint Achilles, the first bishop of the city and the current patron), Larissa prospers and becomes an important cultural center until the end of the 6th century AC. The city suffers from political instability during a long period of raids and wars afterwards, however it keeps its life and cultural creativity and identity.

Seized in 1423 and for 5 centuries, it remains under permanent Ottoman control.  During this period there are many changes in the composition of the population: Christians firstly move to the surrounding mountains and Muslims intrude the city. The population composition will later be affected by a wave of Jude refugees from Spain (end of the 15th c.- beginning of 16th). The return of the Christian population is gradual and as the Ottoman Empire declines, it seeks new routes for investments; therefore, trade is established with several European countries and the need for urban settlements increases.

The Turks were mostly occupied with small industries and trading. They were also involved in intense building construction activities in the town, building tens of mosques, charitable institutions which usually had attached shops, inns, baths and markets. The town was famous for its fair trade in the 17th and 18th centuries.

In the 19th century, the town produced leather, cotton, silk, and tobacco.

During the Ottoman period Larissa due to its important geographic position and its agricultural background it remained a significant hub, despite the natural disasters (such as river floods), epidemics, wars, and political instability it faced.

The incorporation of Larissa to the New Greek State took place on 31st of August 1881. However, until the 1st World War the city will suffer from serious political conflicts and mismanagement, mainly on agricultural issues, under the pressure for a fairer redistribution of the agricultural land from the big landowners to the farmers. With the coming the power supply in 1911 the population of the city gradually increases, important industrial units along with small industries will be established and bourgeoisie will flourish.

The 2nd WW followed by the civil war and the subsequent political instability, affected the city’s fast growth until the end of the 80s, when Larissa was finally transformed into a contemporary urban center with important scientific, industrial, and cultural activity.

Decide which cookies you want to allow. You can change these settings at any time. However, this can result in some functions no longer being available. For information on deleting the cookies, please consult your browser’s help function. Learn more about the cookies we use.

With the slider, you can enable or disable different types of cookies: